Eric is a very busy man. He’s a dad, for one, and therefore has the best job in the world. And he’s also the manager of the not-so-unknown band called BEATSTEAKS, founder, event and project manager at ZentralRat Mitte, campaign planner at sally*s music &media and enthusiastic eater in the popular restaurant Zum Dritten Mann, where certain Mando Diao musicians like to have a nap on the bench after having had a drink or two. Besides similar musical and culinary preferences, we also share a love for the most beautiful of all sports. Because Eric is a die-hard fan of Union AND Bayern and a top-class expert on the subject of football. We met him for a word and a 2-minute interview that went on longer than 20 minutes ;) right in the bustle of the Euro Cup and talked about athletic beefsteaks, uncompromising performers and Gregor Gysi!

Who was Ernst Kuzorra?
You’d better ask a Schalke fan. ;)

Who’s going to be European Champion and why?
Germany, and if not Germany then France or Belgium;-)

The best footballer of all times is/was?
I have difficulty with the term “best” because I don’t think I can really judge that. My favourite footballer is Toni Kroos, even though his musical taste is questionable… But if you’re asking me which footballer I’d like to go out and have a drink with, that would be Jerôme Boateng, Arturo Vidal or Arjen Robben. Although it would probably be fun with Thomas Müller or Franck Ribery, too…

Which member of the Beatsteaks can handle the ball best?
Peter Baumann is an athletic ace, I don’t think there’s any sport he isn’t good at.

Your most valued possession?
I’m not really materialistic, so my family is definitely the most valuable to me.

A moment you’ll never forget?
The births of my daughters. When Germany became World Champion in 2014 and we watched the match in the WM Wohnzimmer at the Alte Försterei even though it was raining. 2004 sally*sounds in the Deutschlandhalle with the Beatsteaks, Sportfreunde Stiller, Fettes Brot and Moneybrother, which was also the last concert in the Deutschlandhalle. And the Beatsteaks performance at Rock am Ring in 2007, where pretty much all of the 80.000 visitors sat down on the ground during “Let me in” only to jump up wildly again after a moment.

If you had become a footballer, which current player matches you best with his way of playing?
VIDAL: uncompromising enforcer and at the same time clever game maker…

Island, iPod, just three songs. Which ones?
You can tell I don’t like committing, but spontaneously, I would name these songs:
Bruce Springsteen „The River“
Beastie Boys „Sabotage“
Ton Steine Scherben „Der Traum ist aus“
(and from my boys, outside the competition, I’d like to name „Gentleman of the Year“;-)

You have three wishes, tell us:
Hm, what should I answer? World peace, a healthy and happy life for my family or material wishes? At the moment I’d be pleased if Germany won the European Championship, Union bought a lively centre forward and the Beatsteaks write the album of the year
2017 or 2018…

With which famous person (dead or alive) would you like to go out for drinks?
Ha ha, see above ;-) Outside of football, it would surely be interesting to drink with Gregor Gysi or Rio Reiser, if he were still alive…

What would you cook for us if we came to visit you?
Spaghetti Bolognese, I can just about manage that. Normally, I let my wife do the cooking.

What are you afraid of?
Something bad happening to my children.

When was last time you tried something new and what was it?
On May 21st, I test-drove an electric car, that was much more spectacular than I would have thought.

What should no one know about you?
Well, no one really should know that about me… 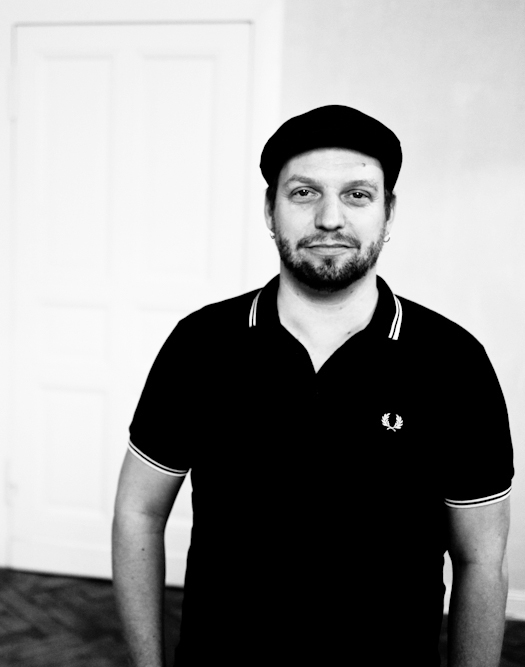