quality Made in Germany

How long does it take to found a brand of watches? Answer: approximately half the length of the Templehof field. That’s exactly how long the walk was that Jacques Colman and his partner in crime Michael Gilli took, during which a first idea became a tangible resolution and then turned into the decision to found Lilienthal Berlin. A watch like Berlin is what the two of them wanted to create, did create. It took vision, imagination, assertiveness and creative genius. Let’s check: Jacques generally looks ahead, preferably about 100 years – definitely visionary. His great-granduncle was a wrestler in New York (assertiveness) and created the „drop kick“ (creative genius). Which remains to be proven. On top of all this, Jacques is super nice, as it turns out, pretty funny and, thank God, a little crazy, too. Who could seriously want to be a flying fish? ;) C’était un grand plaisir!

Are you French?
Why does everybody ask me that? I mean literally everybody? For a time, I used to just answer yes, to make matters easier. But each time I do that, it’s someone who speaks fluent French and I end up exposed.

Watches aren’t driven by time, but by batteries and similar things. Does time even exist?
Of course it does! Why else would everyone be complaining that they don’t have enough of it?

What is “time”?
Clearly a gift and a challenge rolled into one. And that’s why our watches should tell us that it’s okay to take some time if you need it.

Which characteristics do you appreciate most in your partners?
Ha! What would we be without each other? We really complete each other remarkably well. But just as important is that we get along so well as a team. We spend so much time together that that’s indispensable. But the best part is that we can get into arguments and bitch at each other and then still go out and have a beer together in the evening. Or several even.

What would you change in your life if you could turn back time?
Does anyone really want that? Ultimately, you’re exactly where you are because things happened as they did. And I feel pretty good, right here right now. And besides, I much prefer to look forward. It’s in my personality.

What is typically Berlin for you?
That “typically Berlin” is always changing. And surely the nonchalance in the face of the biggest hustle and bustle.

What would you like to be better at?
Table tennis. Even though I am almost unbeatable already – at least when I’m playing against my colleagues – my serves could sometimes just do with a dash of more spin.

You can travel in a time machine – which year do you enter and why?
As I said, I prefer to look ahead and would love to see what the world will look like in couple of hundred years. Although, of course, you could trip and fall out of the time machine to find yourself on a totally destroyed planet. Oh wait. Or is that the present?! Oh dear.

The hero of your youth?
My great-granduncle was a wrestler in New York and invented the “drop kick”. I mean, really. Any questions?

Who or what were you in former life?
I have actually never asked myself that. But I would really like to be a bird. Or a fish? Maybe a flying fish? Or a swimming bird? Next question, please.

What is your contribution to a better world?
Ok, now we’re getting serious. I am convinced that the way to a better world lies in the smaller as well as the greater things. Daily at the supermarket checkout as well as in the choice of the right materials and partners for our watches. We don’t have to be perfect in everything straight away, but if all humans – who have the opportunity – keep working on making the world a better place, than at least the chances will get better that everything might not blow up in our faces. That’s the principle I and we here at Lilienthal try to live by.

What would you cook for us if we came to visit you at home?
Well, yesterday I made burgers with home-made chickpea buns and Portobello patties. Now, not trying to lean too far out the window, but: they were actually pretty great! When are you coming?

What are you afraid of?
Please refer to the question about the time machine…

When was the last time you tried something new and what was it?
Well, we’re working on a whole scope of new straps for our watches. So the correct answer is probably: every day!

What would you change if you had the power to?
I would become the president of the US. It can’t get any worse anyway.

When will we finally get a Black-Black to flash around? ;)
It’s on the top of my to-do list right after this interview! 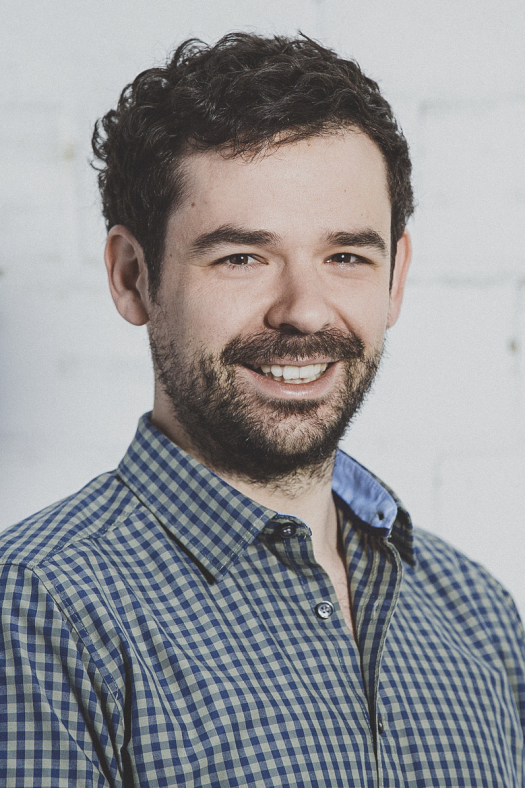