David Regehr is landscapist, creative head of the Monbijou Theater and co-operator of Clärchens Ballhaus. He works as artistic director, freelance stage designer, prop master and father of four. He takes care of pretty much all work on the above mentioned houses – from restoration to architectural alterations to PR for the current production of the Märchenhütte. And next to all that, he is designing the stage for Wim Wenders’ production of ‚Die Perlenfischer‘ at the Schilleroper. Oh yes, and he has also founded a charitable cultural club. Whether he has any time to laugh during all these goings on, we don’t know. And we forgot to ask. All the more reason to look forward to Königsberger Klopse and home-grown apples from his garden in Trebbin. Because they, apparently, are the best you can get in the entire city, he told us „off the record“.

Which fairy-tale figure is most like you and why?
Hans in Luck, because he’s also always keen on new deals. But it’s not so much about the result as about the fun in trying something new. That’s the same for me.

If you had one hour extra to spare each day, how would you spend it?
Sit in front of a tree and paint.

If you had to describe your work, which three words would be the first to come to mind?
“Entertainment” as defined by a dialogue between actors and audience, an amusing show and a salary.

What was the craziest thing you have ever done?
Doing Clärchens Ballhaus with absolutely no clue what it is and how it works.

If you hadn’t become a stage designer, then surely….
A stressed art star.

What are you afraid of?
Not hair loss.

Island, iPod, just three songs on it. Which ones?
First „I’ve got a feeling“ by the Beatles and then the Bach cantata „Ich habe genug“.

What would you cook for us if we came to visit you at home?
Königsberger Klopse, of course, Mama is 82 and originally from Breslau.

When was the last time you tried something new and what was it?
It was a while ago. I was invited to a very classy social event. Dinner was molecular cuisine by a famous Swiss gourmet chef. These abstract dishes just didn’t do anything for me and I went home hungry.

What would you change if you had the power to?
The result of the election in the United States of America.

What should no one know about you?
What I was constantly thinking between the age of 12 to 18.

Which question should we have asked you?
What the last thing was that really made me laugh.

Last words:
Do what you enjoy doing, at all costs. 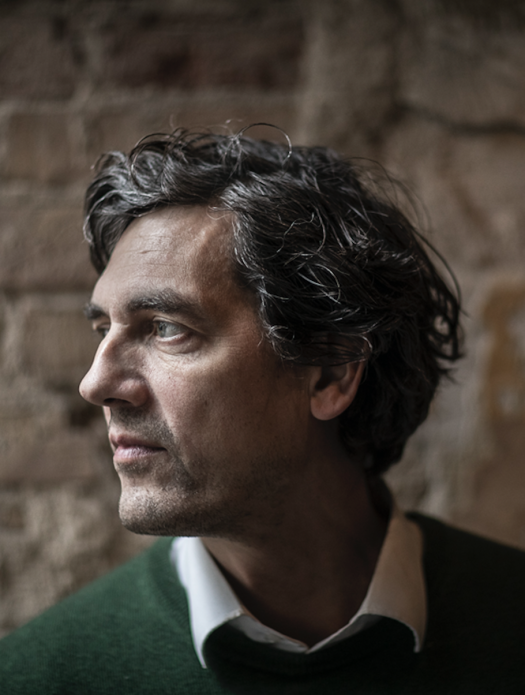