PR and communications ace in the Bechstein Network by day, DJ par excellence by night. Susanna Kim, better known as DJ IAMKIMKONG, pretty much taught herself how to DJ. Since 2013, not only her friends are big fans of the Korean but the rest of the world is also hooked on her mix of Hip Hop and chart music. Always equipped with a banana as a perfect snack – “The ingenious jungle-sausage traditionally comes in its own soft pack” – she had already been working on the perfect iTunes playlist for quite some time when the designer Hien Le discovered her. Gigs in the fashion industry followed. We have already been dancing to her fabulous music at fashion shows and events in Berlin concept stores, her regular gigs at the Prince Charles and recently at the MELT! Festival. Finally, the superwoman from the Ruhr will let us in on secrets like how to liven up lame audiences and what helps to clear the dance floor when the party’s over. If you want to hear her live again soon, head for the MS Dockville! So now, let’s „shut up and dance!“

Which song always works?
With the crowd? Hypnotize by The Notorious B.I.G.

Where du you personally go to party?
Ummm, to the Prince Charles.

Nobody’s dancing – what do you do?
First a drink, then Hypnotize by The Notorious B.I.G.

At which legendary party would you have liked to have been in charge of the music?
At my own wedding. ;)

Agency during the day and DJ-ing at night. When do you sleep?
Usually between night and day. And power naps help!

Please complete: I said a Hip Hop…
…the hippie the hippie to the hip hip hop and you don’t stop the rock it to the bang bang boogie say up jump the boogie to the rhythm of the boogie the beat.

The three ultimate last dances?
The only thing that really helps is no more music. But before that happens, I like to play Purple Rain by Prince.

What do you sing under the shower?
I have actually never done that. I more of a car-driving-singer – but only when I’m alone, it’s better that way!

What would you like to be better at?
Oh, a lot of things. But mainly Korean.

Your greatest success so far?
Well, superlatives are a bit difficult, but playing at the Melt! Festival last Saturday with the Prince Charles Crew was definitely a total blast.

What’s next?
Surprise me! :D But I have been wanting to make more mixes for ages –  that’s definitely planned for August!

What would you cook for us if we came to visit you at home?
Something Korean.

What are you afraid of?
The depth of the ocean makes me feel uneasy. The notion of floating across the open sea for days is creepy to me, but on the other hand I find the deep sea extremely fascinating.

When was the last time you tried something new and what was it?
When I’m DJ-ing I’m always trying new things. Sometimes it works really well and sometimes I really botch it up and possibly end up playing Hypnotize… :D

What should no one know about you?
That I’m so bad at geography.

Which question should we have asked?
Why nougat makes me angry.

Last words: I like to leave those to others. 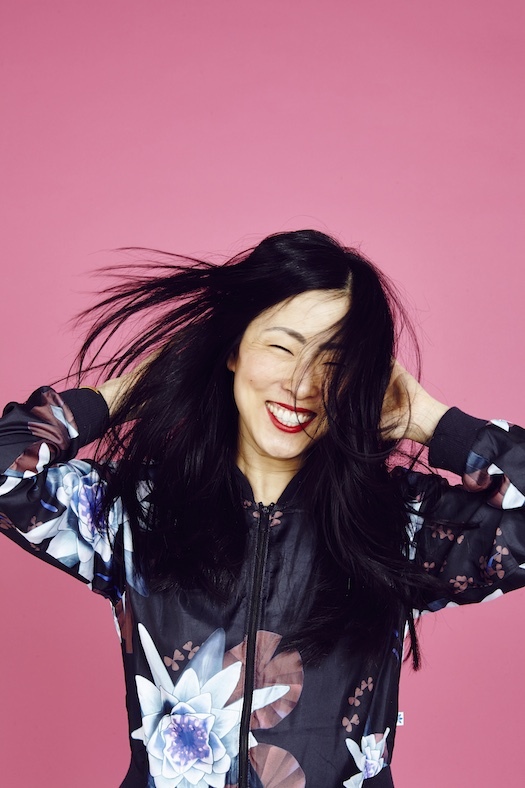