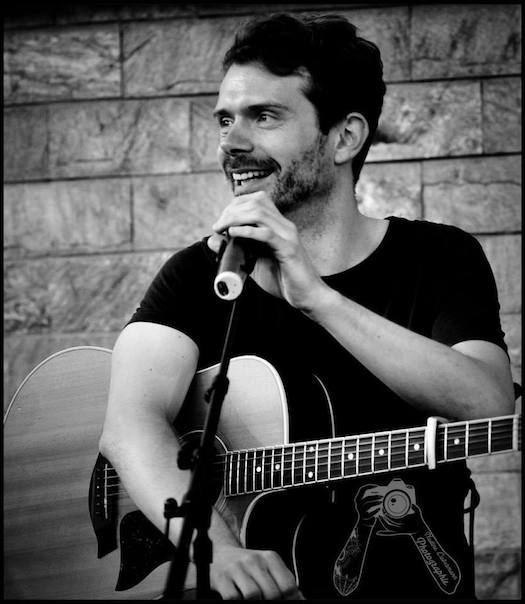 Good God, can this chap sing. Alexander Dorenberg played at our very first Golden Dinner and was one of our musical guests at our agency birthday on Sunday. By the time he started rapping to his acoustic guitar, we were done for. In fact, we were so taken with him that we had ask for an interview straight away – we just had to take a really close look and listen to find out whether a musical soul awaits behind this warm, melodic voice. Rather! Poetic, profound and gloriously grounded. His most prized possession? Read for yourself. Thanks Alex, see you at the next note.
Name: Alexander Dorenberg
Age: 39
Home: Berlin
Profession: Musician
Shoe size: 44/45
Favourite sound: The rustling of leaves in the treetops on a slightly breezy summer’s day
Contact: via www.audiopics.de or www.dorenberg.de

Island, iPod, just three songs. Which ones?
Give it away now
Bohemian Rhapsody
God only knows

If you hadn’t become a musician, then you would probably be: A teacher or comic artist.

Your most prized possession: My memories.

A moment you’ll never forget? A session at a friend’s party in New York.

Who do you admire? In general people brave enough to defend freedom no matter how strong the opposition and David Bowie (R.I.P.)

What was the last thing that really moved you? Negative: the audacity of many power-hungry people and the corresponding injustices you hear about in the news every day. That peaceful people often don’t have the possibility to withdraw from power-political games is really a disgrace and it moves me! Just flip on the radio and choose any conflict! Moreover: A funeral where I played „Tears in Heaven“. The deceased had been a fan of Clapton’s, the ceremony was very emotional and as I began to sing, I was really surprised that my voice was clear and strong.

What urgently needs to be invented? A world in which people live together like in John Lennon’s “Imagine” or in “Star Trek“ – The focus is on education. Exploitation and ecological destruction are things of the past. (And beaming, of course, would be cool, too!)

With which artist would you like to record a song? Steve Vai

What would you cook for us if we came to visit you? Homemade pizza and a homemade New York Cheesecake with fruit topping for dessert. Or a vegetarian doner kebab with seitan.

What are you afraid of? Being helpless and condemned to inactivity. As long as I can lead an autonomous life and can plan steps to reach my prospects, I can keep my fear in check.

When was last time you tried something new and what was it? I tried a newBen & Jerry´s flavour a few days ago and it was: delicious!

What should no one know about you? I’m a level 3 mutant that can change its shape and spies on the AFD.

What question should we have asked? You were good! I can’t think of one right now.