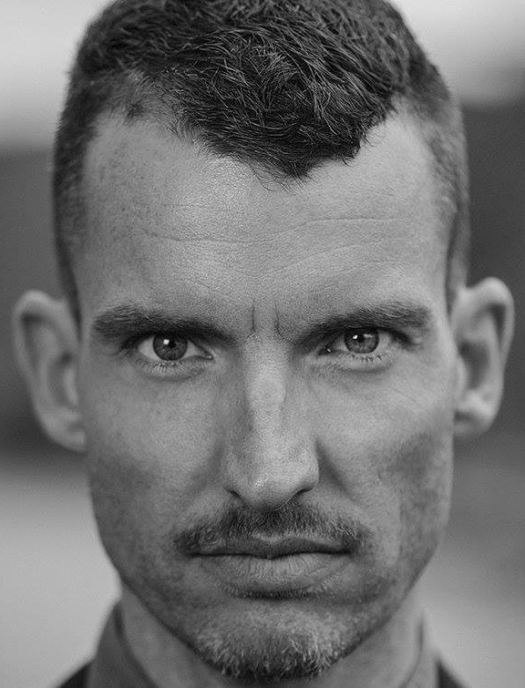 Business Punk? Siems Luckwaldt. Capital? Siems Luckwaldt. L’Officiel Homme? Siems Luckwaldt. Flair? Ok, we get where this is going. The man with the name that sounds like the hero of a big city column writes as a journalist for fashion, lifestyle, interviews and dossiers for the magazines mentioned above and many more. In addition, he produces editorial content for illustrious clients from the fashion and lifestyle area. The Hamburger native is proud as pie of his very own “Enough Magazine” that he got going together with his wonderful team. If you use the code word ‚muxmäuschenwild‘, you can download the current issue at half price here. At the moment, the third issue is being put together busily. After the focus has been on „change“ and „love“, this time it’s about all shades of the word „green“. We think that’s great and are taking this opportunity to ask all kinds of questions about sausages, changing the world and Cher. In that order and pretty damn inspiring.

What can’t you get enough of?
The new.

What is good style?
Much more than fashion.

The best article you ever wrote?
That’s still to come, I hope, otherwise that would mean game over, virtually. I thought my portrait of Charlize Theron (appeared in Flair, issue 10/2015) was quite a success. Apart from that mostly articles that didn’t get a lot of attention.

What would you change immediately if you had the power to?
I would abolish power.

What forbidden thing should everyone have done once in their life?
Forbidden by whom? Law, morals, boss, mum? What doesn’t harm anyone else (or one’s self, best case) shouldn’t really need to be forbidden, should it?

The biggest problem with your generation?
I’ve just recently thought about that. I think our biggest problem is at the same time – that’s how I feel – a blessing: We grew up in a mostly analogue world, which I am thankful for, but are still “young” enough to not only understand the internet but to be part of helping to designing it. A kind of “generation in-between”.  Still being to able to think in more than 140 characters and having a longer span of attention than from one Pokémon-hotspot to the next is, in my view, definitely a strength.

The most exciting personality you’ve ever met?
The most exciting have often been those hardly anyone knows, not celebrities in the general sense. A few favourites: Diane von Fürstenberg, Marianne Williamson and Lisa Kristine (both for Enough), Florian Langenscheidt (for L’Officiel Hommes) and Candace Bushnell (for Flair).

Twitter, Youtube channels, social networks; why do we even need classical publications in the future?
I would have to ask: Why is there so much nonsense on those channels – apart from many exceptions, of course – and such a homoeopathic dose of the afore mentioned contents that are world-changing? The separation of classical and modern media – well, what exactly is modern anyway? – has really been redundant for the past five to ten years. I like stories that move, shake up, entrain, speak softly, have an important message, tell me about the life of a fellow human being that I would otherwise know nothing about. How that gets to me doesn’t really matter, especially in the year 2016.

Can words change the world?
Absolutely, otherwise we wouldn’t have given our magazine Enough the subtitle “Reading is change”. Because without words that make us think, rebut prejudices and broaden bottlenecks in our own horizons, that seize us emotionally, stir us and knock us over, no mind would ever move. And it’s the mind that controls the even more important actions. It all starts on a page. Even if it’s a page on a Kindle.

Which celebrity (dead or alive) would you like to interview? Anyone who knows me knows: Cher. For more reasons than „Believe“. And maybe Jane Goodall, who could tell me if we are really the “better” primates. And finally Stephen King, who would have to take me into his eerie-genius mind with him.

What would you cook for us if we came to visit you at home?
If I’m expecting you, probably Vietnamese summer rolls and a sweet potato curry. If you drop in unannounced, I would improvise with whatever’s in the fridge.

What are you afraid of?
I am afraid of fear itself, but try not to …

When was the last time you tried something new and what was it?
That’s easy in our profession. I can remember visiting a “hot iron” course for an article. That was in the mid-nineties. I almost collapsed under the heavy weight. Another first was our sabbatical in 2014, where we spent 6 months travelling 23,000 kilometres through the USA. With a tent in our luggage as well as enough memory cards for 14,000 photographs. Which are still waiting to be sorted :/

What should no one know about you?
You’d expect me to say: I won’t tell because then it wouldn’t be secret anymore. But I have to say that I am less willing to censor myself and my life with each year that passes.
I am what I am. Take it or leave it. Namasté.

Which question should we have asked?
Have I mentioned our fabulous and passionately produced magazine Enough? Yes? Okay. But have you visited www.enough-magazin.de or your favourite app store? See, good that I mentioned it. Honestly, and everyone goes on about the millennials’ short span of attention. Let’s go!